Front page > Learn more about us

Learn more about us

Ruoke Holiday Village is located on the shore of Puruvesi lake, known for its clear waters and abundant fish stock. The popular Holiday Village has grown from year to year, and nowadays it offers an extensive range of accommodation and activities all year round.

Tourism activities on Ruokkeenniemi peninsula began in the early 1970s. The founders of the Holiday Village, Raija and Pentti Laukkanen, thought that the approx.  20 hectares of land the family had inherited on the shore of Puruvesi could provide work and a second income for their small farm. In the first spring, two 14m2 log cabins were built, and rented out from the home farm.

On 3 June 1970, the first guests arrived at Ruoke for a holiday. Gradually, the company expanded operations; building more cabins, and in the mid-1970s a small kiosk was set up in the Holiday Village. It sold ice cream and refreshments to guests, and Pentti’s father Väinö would give children horse-drawn cart rides. More experienced children could also ride the farm’s horse.

By 1980, the Holiday Village was so successful that the kiosk was expanded into a café. Pentti and Raija built a house in conjunction with the café, and moved in along with their children Mari and Mika. At that time, the Holiday Village replaced farm work as the family’s main source of income.

In the late 1980s, the first cottages suited for year-round use were built. Footfall at the campsite also increased; the original tents had given way to caravans, and more pitches were set up at the campsite. Fishing trips also increased. Trolling competitions were held in the area, and in autumn Puruvesi attracted fishing enthusiasts with nets and rods. The fishermen wanted to eat the fish they had caught, so the company began to manufacture preserved fish products. That’s how the company Laukkasen Kala Oy was founded.

In the 1990s, operations really increased. The restaurant also saw growth when it was expanded in 1997 and new production facilities for fish processing were built in conjunction with the main building. Around 15,000 – 20,000 tins of vendace, roach, powan and rainbow trout were manufactured there annually, and of course smoked and cured salmon were served at the restaurant.

The number of cabins and cottages grew in the 2000s, and caravans occupied pitches at the campsite. Operations are increasingly under way place year-round, and the restaurant is no exception. Now in 2021, the area is home to 25 cabins and cottages, around 80 pitches, a guest harbour, and great opportunities for activities. Today, Ruoke Holiday Village offers high-quality holiday services for all seasons. 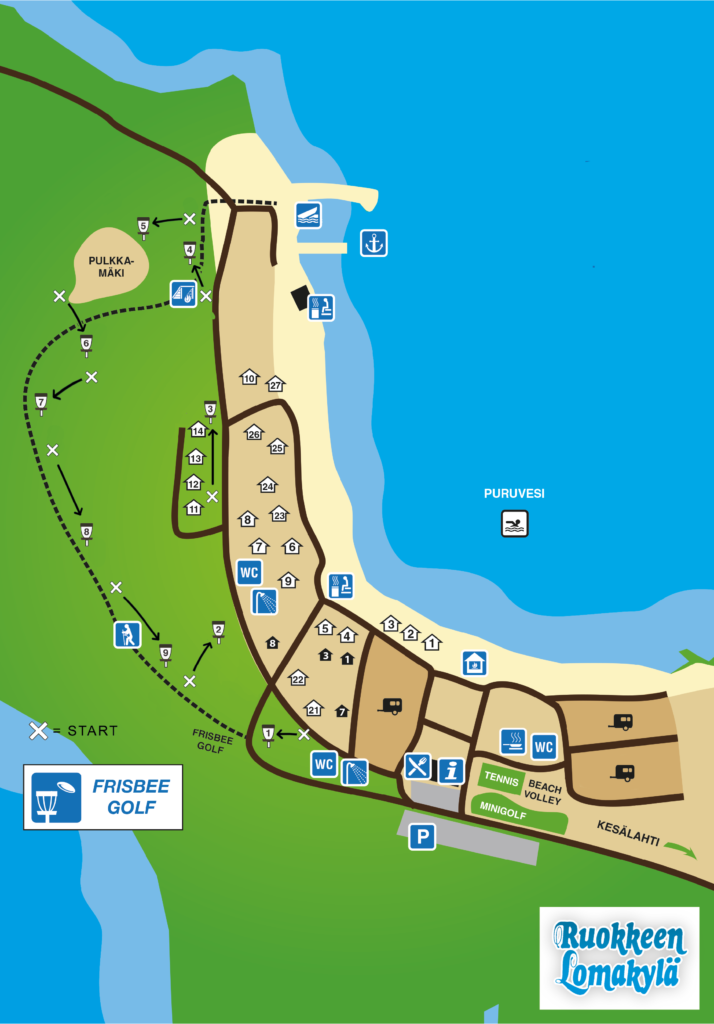